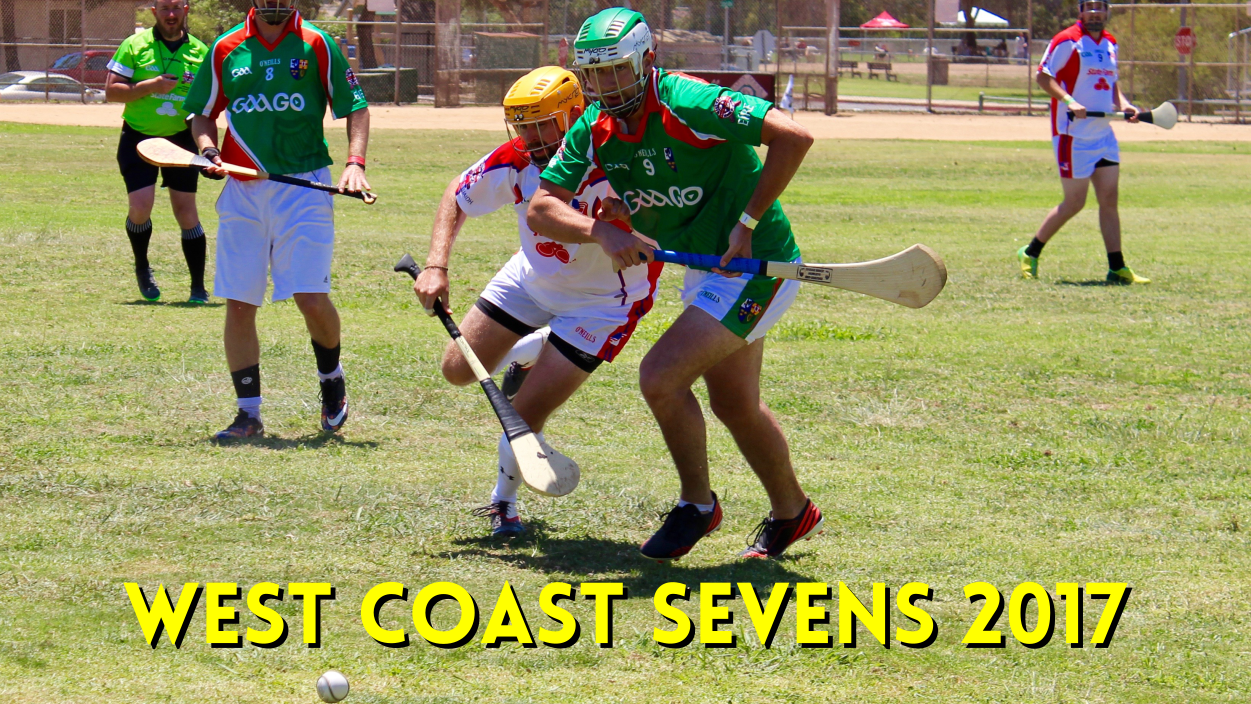 The West Coast Sevens Tournament happened on Memorial Day Weekend where clubs from all over North America put on an impressive display of hurling and camogie.

For the past 3 months, we’ve been building up a hurling team in Los Angeles. We teamed up with the OC Wild Geese for the West Coast Sevens and we won the Men’s Junior Hurling Division! Our group is only 13 weeks old and we’re already West Coast Sevens champions! Hurling is back in LA and the OC and with a very strong start! It’s a very bright future for hurling and camogie in LA and the OC!

It was a very successful tournament for the Wild Geese who won 3 trophies in this tournament: the men’s football, the ladies football, and the men’s hurling!

As part of the tournament, there was also a demonstration match between Ireland vs. North America. It was an absolute pleasure and privilege to pull on that Ireland Jersey at the West Coast Sevens and play against North American born players. It really is a testament as to how far games development has come in this continent that Americans and Canadians who took up the sport later in life have developed the necessary skills to compete against those who have been playing all their life. Although Ireland won, the talent on display from the North American team was very well represented. And to have a co-ed team made the experience even better.

The world’s oldest sport has so many modern elements to it. The Ireland vs. North America match was a powerful statement and a display of how progressive the hurling community is in the US and Canada.

We’ll continue pushing ahead with growing the hurling and camogie presence in LA and the OC. For an up-and-coming team, we’re off to a monumental start!!

Thanks to all involved for making this tournament an unforgettable one!

Thanks to Tammy O’Donovan for providing the photos and research for hurling and camogie in LA and the OC!