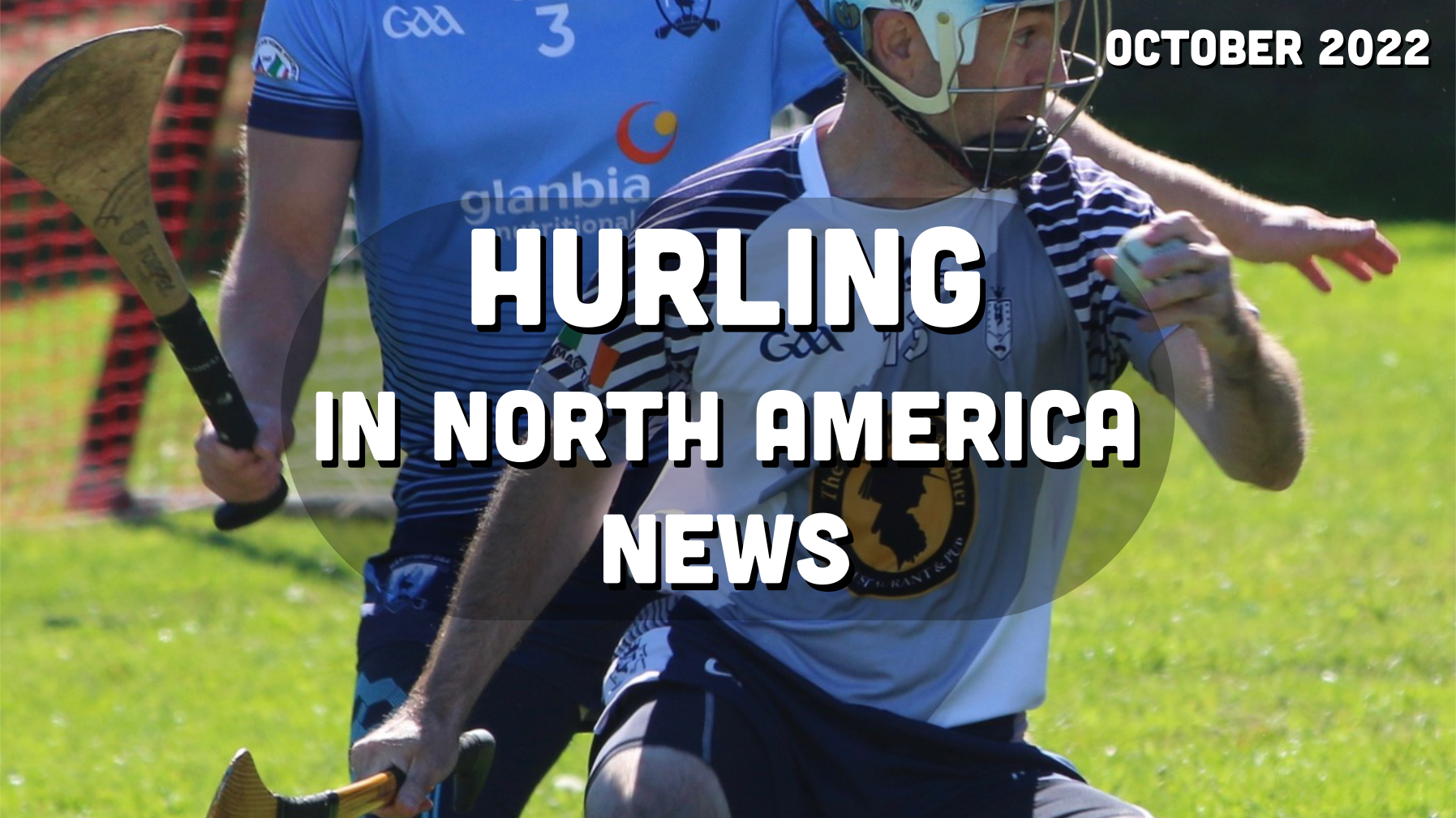 In this episode, we take a look at what happened in the North American Hurling community in October 2022, including the first ever Fall Foley Cup, Ohio’s 22nd Annual Al O’Leary Tournament, and how the Cayman Islands hurling team was featured on the radio.

We are now stocking Azzurri helmets.

This month to celebrate Halloween, clubs across North America hosted Hurloween events. Hurloween has become a tradition where clubs play a hurling match dressed in full Halloween costumes, and was originally popularised by the Milwaukee Hurling Club.

And Cú Chulainn Vancouver have expanded their club to include a Camogie team. This new camogie team will be competing in the 2023 season.

In New Hampshire, the first annual 7-a-side Fall Foley Cup was hosted by the New Hampshire Wolves. Boston’s Seán Óg’s took on Worcester Fenians in the final and won.

In Ohio, the 22nd Annual Akron Al O’Leary Tournament was held on October 1st. Pittsburgh had a clean sweep throughout the competition with the University of Pittsburgh winning in the hurling. And Pittsburgh’s Na Laochra winning in the camogie.

In Connecticut, there was a demonstration of hurling at a local soccer match. Hartford Athletic Soccer hosted an Irish Heritage Night and invited Hartford GAA to participate during halftime.

In New York City, New York Hurlers took on Dublin’s St. Kevin’s in a challenge match at Gaelic Park in the Bronx.

Cayman Islands GAA On The Radio

In the Caribbean, the Cayman Islands GAA club were featured on Radio Cayman to talk about their USGAA Finals victories.

Arizona’s Hurling in the High Country

In Arizona, Brian Boru Flagstaff hosted the first Hurling in the Highlands 7s Tournament. Clubs across Arizona participated and they offered skills lessons between matches.

In Michigan, the 1st Annual Great Lakes Tournament was hosted by Detroit Harps. Children across the Great Lakes region of the USA and Canada participated.

October’s photo of the month goes to Milwaukee Hurling Club. This year for Hurloween we saw one hockey player become a hurler.

Video of the month – Pooler GAA

October’s video of the month goes to Pooler GAA who hosted a 3-day introduction to hurling camp and shared videos of people trying hurling for the first time.

October’s club of the month goes to Little Rock GAC who took over our social media accounts in October.

During their takeover week, Little Rock revealed their new jersey and hosted the Higgins Cup including a poc fada where Play Hurling sliotars were exclusively used.

Thanks to Brian for leading the takeover. If you haven’t already, make sure to follow Little Rock GAC on Instagram.

In this episode, we take a look at what happened in the North American Hurling community in October 2022, including the first ever Fall Foley Cup, Ohio’s 22nd Annual Al O'Leary Tournament, and how the Cayman Islands hurling team was featured on the radio.