Fact #1 – Hurling In The Olympics

In the 1904 Summer Olympics in St. Louis, MO, hurling was a demonstration sport. (Source: https://en.wikipedia.org/wiki/1904_Summer_Olympics)

Every year, over 82,000 people attend the All-Ireland Hurling Final (the Super Bowl of hurling) in Croke Park in Dublin. (Source: https://www.crokepark.ie/about/about)

Hurling is considered to be the world’s oldest and fastest field sport with the ball being hit at speeds up to 100 mph. (Source: https://www.slate.com/articles/sports/sports_nut/2011/04/the_craziest_men_in_sports.html)

The word “puck” used in ice hockey is derived from the Irish word “poc” which refers to striking the ball with a hurl. (Source: https://en.wikipedia.org/wiki/Hockey_puck#Etymology)

The All-Ireland Hurling Final was listed as #2 in CNN’s “10 Sporting Events You Have To See Live” (Source: https://travel.cnn.com/explorations/play/outdoor-adventures/10-sporting-events-you-have-see-live-281805

The Milwaukee Hurling Club is the largest hurling club outside of Ireland. Every year, they host an event called “Hurloween” where players dress up in costume and play hurling. (Source: https://balls.ie/gaa/gaa-abroad-facts/)

There are about 350,000 hurls produced in Ireland every year which supports 400 full-time jobs. (Source: https://www.teagasc.ie/ruraldev/docs/factsheets/35_ASHFORHURLEY.pdf)

There are theories that the origin of hurling was to train warriors for battle in the middle ages. Other theories suggest that hurling was played as an alternative to war. (Source: https://www.amazon.co.uk/A-History-Hurling-Seamus-King/dp/0717139387)

According to Irish mythology, the first hurler was Cú Chulainn who used a hurl & sliotar to defeat a vicious hound. (Source: https://celticmythpodshow.com/blog/from-the-fir-bolg-to-cuchulainn-to-the-all-ireland-hurling-finals/)

The US Marine Corps have two hurling teams called “The Wild Geese” and “The Barley House Wolves” (Source: https://www.irishcentral.com/news/-us-marines-gaa-team-to-take-part-in-hurling-festivals-in-ireland-video-155644055-237506691.html)

In 1845, hurling was banned on the narrow streets of Quebec City as it was considered too dangerous. (Source: https://balls.ie/gaa/gaa-abroad-facts/) 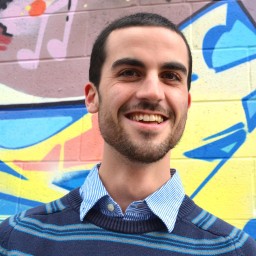