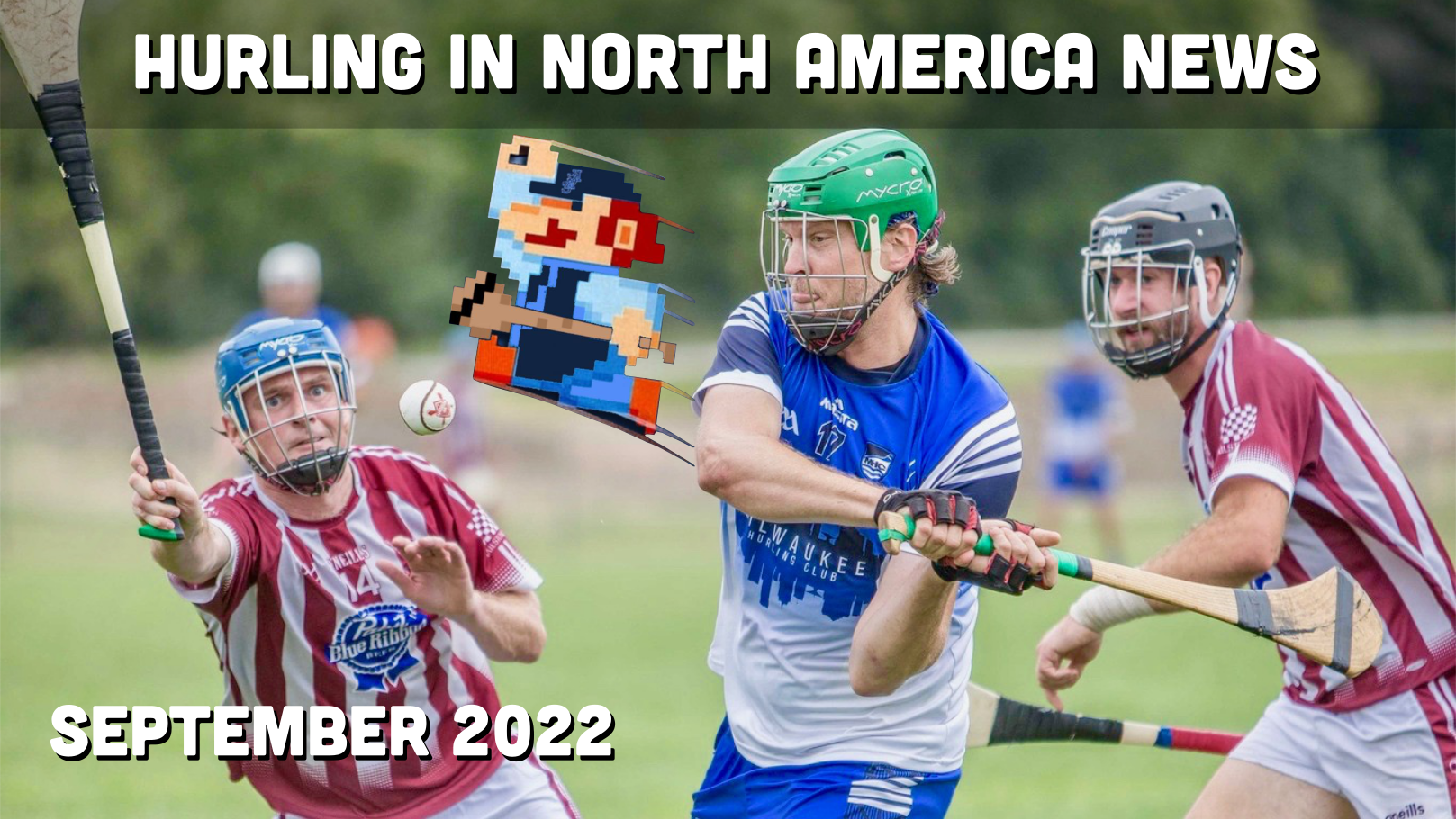 In this episode, we take a look at what happened in the North American Hurling community in September 2022, including the first ever Canadian National Championships, Wisconsin’s Midwest Tournament, and how hurling was featured as the first pitch at a Montana baseball game.

We are now stocking Azzurri helmets.

For any new clubs looking for marketing inspiration, check out how Indy GAA marketed the sport to Americans at a local Irish festival. And if you’re looking for more resources, such as waiver templates and recruitment sign templates, check out the Hurling Club Resources section on our website.

In Wisconsin, the 15th Annual Midwest Tournament was hosted by Hurling Club of Madison. 10 clubs competed in Hurling, Camogie, and Gaelic football in adult, college, and youth. Congrats to Milwaukee for winning the 2022 Midwest Cup. Next year’s Midwest Tournament will be on September 16, 2023.

The New York Minor Board hosted a youth tournament in September. Almost 150 children participated in the Catskills Tournament. The day started off with a skill development session before the matches started.

In Quebec, Montreal Shamrocks hosted the 3rd Annual Pride Game Day Tournament. It was a coed tournament featuring Hurling, Camogie, and Gaelic football and all proceeds were donated to the local LGBT+ community.

Hurling At A Baseball Game

The Irish Navy docked on the East Coast of the US and played a hurling match against Maine’s Portland Hurling Club. They had scheduled a match to be played against Halifax Gaels in Nova Scotia but unfortunately was cancelled due to Hurricane Fiona.

Photo of the month – Knoxville GAC

September’s photos of the month goes to Knoxville GAC who took inspiration from classic video games for their social media promotion of hurling.

Video of the month – Tacoma Rangers

September’s video of the month goes to Tacoma Rangers who poc’d a sliotar to their teammates across Mt. Ellinor on the Olympic Peninsula.

Is your club interested in taking over the Play Hurling social media accounts for a week and being featured as club of the month?

Comment below or email [email protected] for more information.

Joakim Karud – Take It Easy [From The Archive]: https://soundcloud.com/joakimkarud/take-it-easy
Ventura – Make U Mine: http://smarturl.it/venturamusix

In this episode, we take a look at what happened in the North American Hurling community in September 2022, including the first ever Canadian National Championships, Wisconsin’s Midwest Tournament, and how hurling was featured as the first pitch at a Montana baseball game.