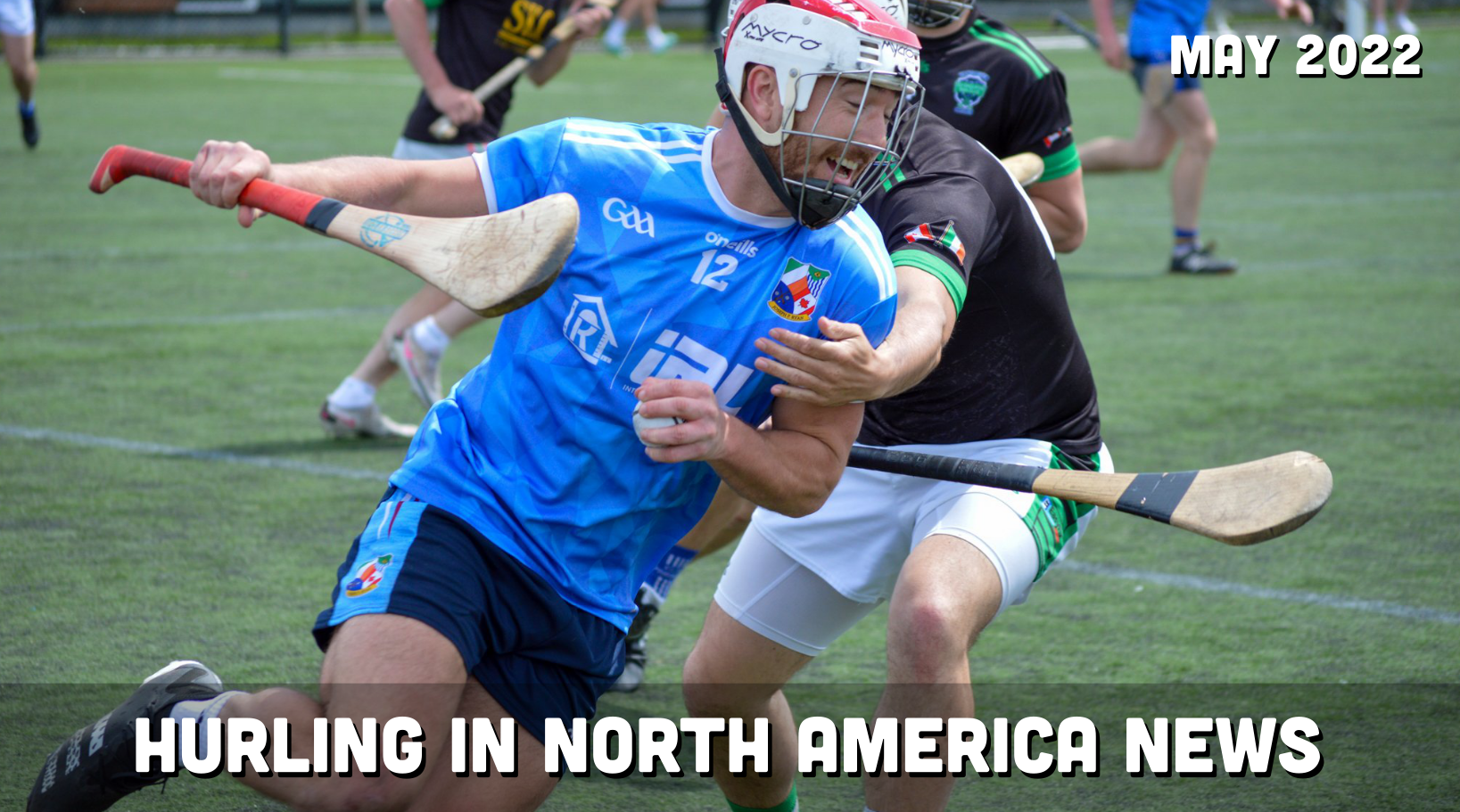 In this episode, we take a look at what happened in the North American Hurling community in May 2022, including the West Coast Sevens, Montreal May Tournament, and the Victoria Highland Games.

We have a fresh batch of Star Hurleys from Kilkenny.

At the moment, we’re doing a bulk order discount so get in touch to order for your club today: [email protected]

In new club news, there are 2 new hurling clubs in the US:

May was a month of 7s tournaments all across America. The largest of these tournaments was in San Diego, California.

The iconic West Coast Sevens was held over Memorial Day weekend in Chula Vista. 36 teams travelled from all across the United States to take part.

The weekend saw a huge win in particular for San Diego with a clean sweep in Junior Hurling and Camogie for St. Peter’s Hurling and Na Fianna Camogie.

Other 7s hurling tournaments that happened in May were the New York 7s and the Philadelphia 7s.

The New York 7s were also held on May 28 (Memorial Day) featuring teams from New York, New Jersey, and Toronto.

Clare Hurling New York competed in the New York 7s and the West Coast 7s on the exact same day.

The Annual Philadelphia 7s tournament was held on May 21st that featured teams from Philadelphia, Allentown, CUA, and New Jersey.

Na Tóraidhe Philadelphia won the camogie and hurling A finals. And Jersey Shore GAA won the hurling B final.

In Canadian news, there were two big tournaments in May.

In BC, the 159th Victoria Highland Games and Celtic Festival was held on May 21 & 22, 2022. Over 40 teams from BC and Alberta competed at the University of Victoria, in British Columbia.

The Flanagan Cup for hurling was won by Cú Chulainn Hurling Vancouver.

In Quebec, the Montreal May Tournament was also held on May 21st. Teams from all over Canada and the US competed in hurling, camogie, and football.

We, at Play Hurling, were more than happy to provide the sliotars for the tournament. You can get yours right here: https://playhurling.com/product-category/sliotar/

Contestants were a mixture of seasoned hurlers and people trying hurling for the very first time. We even got a share from the Official GAA Poc Fada on Facebook.

Congrats to James O’Neill who is LA’s 2022 Poc Fada Champion!

And thanks to Ireland Week for their support!

Photos of the Month

May’s Photos of the Month has to go to Sharon Redican for her excellent coverage of the New York GAA scene.

Check out her Instagram to see more of her work: https://www.instagram.com/sharonredicanphotos/

Video of the Month

May’s Video of the Month goes to the Charleston Hurling Club for their latest recruitment video: https://fb.watch/d6cASfxi15/

Club of the Month

May’s Club of the Month goes to San Diego Na Fianna Camogie. A special thanks to Caitlyn from Na Fianna for taking over our social media accounts.

Na Fianna Insta storied the West Coast Sevens throughout the weekend showing their clubs path to victory to the Junior Camogie Final.

If your US or Canadian club would like to be featured, comment below or email [email protected] for more information.

Joakim Karud – Take It Easy [From The Archive]: https://soundcloud.com/joakimkarud/take-it-easy

Music was provided by Pool Cosby – Outside: https://soundcloud.com/poolcosby/outside

In this episode, we take a look at what happened in the North American Hurling community in May 2022, including the West Coast Sevens, Montreal May Tournament, and the Victoria Highland Games.