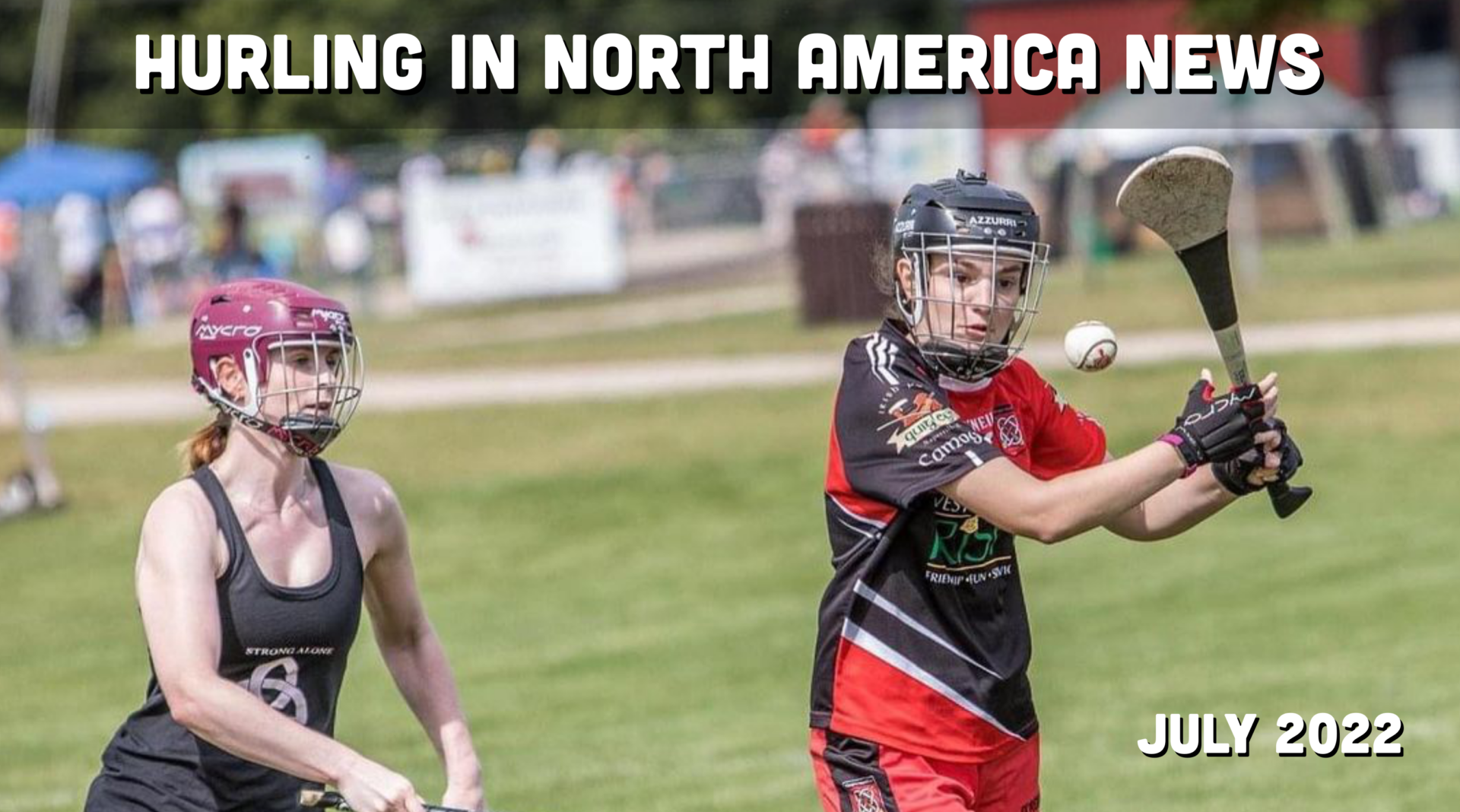 In this episode, we take a look at what happened in the North American Hurling community in July 2022, including the largest Gaelic Sports competition outside of Ireland, the first ever draft style camogie tournament, and how hurling is now in Hawaii.

In new club news, there are a few updates on new clubs across the USA in July:

Arizona’s Hurling Club of Phoenix competed in their first 7s tournament in Flagstaff.

Hawaii now has a hurling club! A former Liberty Gaels camogie player has set up a club on the island of Oahu and is looking for new players. To find out more, check out Hawaii Hurling Club.

In New York, Rockland GAA were featured on American TV. CBS 2 News featured a segment discussing the club’s history and how hurling has enriched the local community.

In Wisconsin, Madison GAA hosted the first ever draft style camogie tournament on July 23. Inspired by Montana’s draft hurling tournament, their aim is to help grow the sport of Camogie in the Heartland Division and beyond.

35 players from 5 different clubs travelled to participate, including from Milwaukee, St. Louis, Denver, and Indianapolis.

In Halifax, Nova Scotia, the Eastern Canadian Championships were met with the most Irish-style of weather. The championship was hosted by Halifax Gaels and also included clubs from Quebec City and Montreal.

In Chicago, the largest Gaelic Sports competition outside of Ireland took place at the end of July. The Continental Youth Championships (CYC) began back in 2004 and changes its location every year. This year, over 1,400 children aged from U-7 to U-18 competed over 4 days from more than 20 clubs across North America.

In Philadelphia, the Liberty Bell Championships were held in mid-July for children aged U7-U18. 1,000+ athletes from 90 teams competed in Gaelic football, hurling and camogie. And they even got local news coverage for the event.

Photo of the Month

July’s photos of the month goes to Galway Hurling Club Boston. Galway Boston was founded in 1909 and is the oldest hurling club in the USA. These photos are from a final that they won making them the 2022 Northeast Senior Hurling Champions.

Video of the Month

July’s video of the month goes to Calgary Chieftains GAA who recruited some Disney princesses to try camogie for the first time.

Club of the Month

July’s club of the month goes to Cleveland GAA who took over our social media accounts in July. Cleveland GAA was originally a Gaelic football club but has recently expanded to include hurling and camogie.

During their takeover week, Cleveland GAA shared the lead-up to their hurling blitz, some player interviews, and their historic camogie win against Na Laochra Pittsburgh.

If you haven’t already, make sure to give Cleveland GAA a follow: @clevelandgaelic

If your US or Canadian club would like to be featured, comment below or email [email protected] for more information.

Joakim Karud – Take It Easy [From The Archive]: https://soundcloud.com/joakimkarud/take-it-easy

In this episode, we take a look at what happened in the North American Hurling community in July 2022, including the largest Gaelic Sports competition outside of Ireland, the first ever draft style camogie tournament, and how hurling is now in Hawaii.