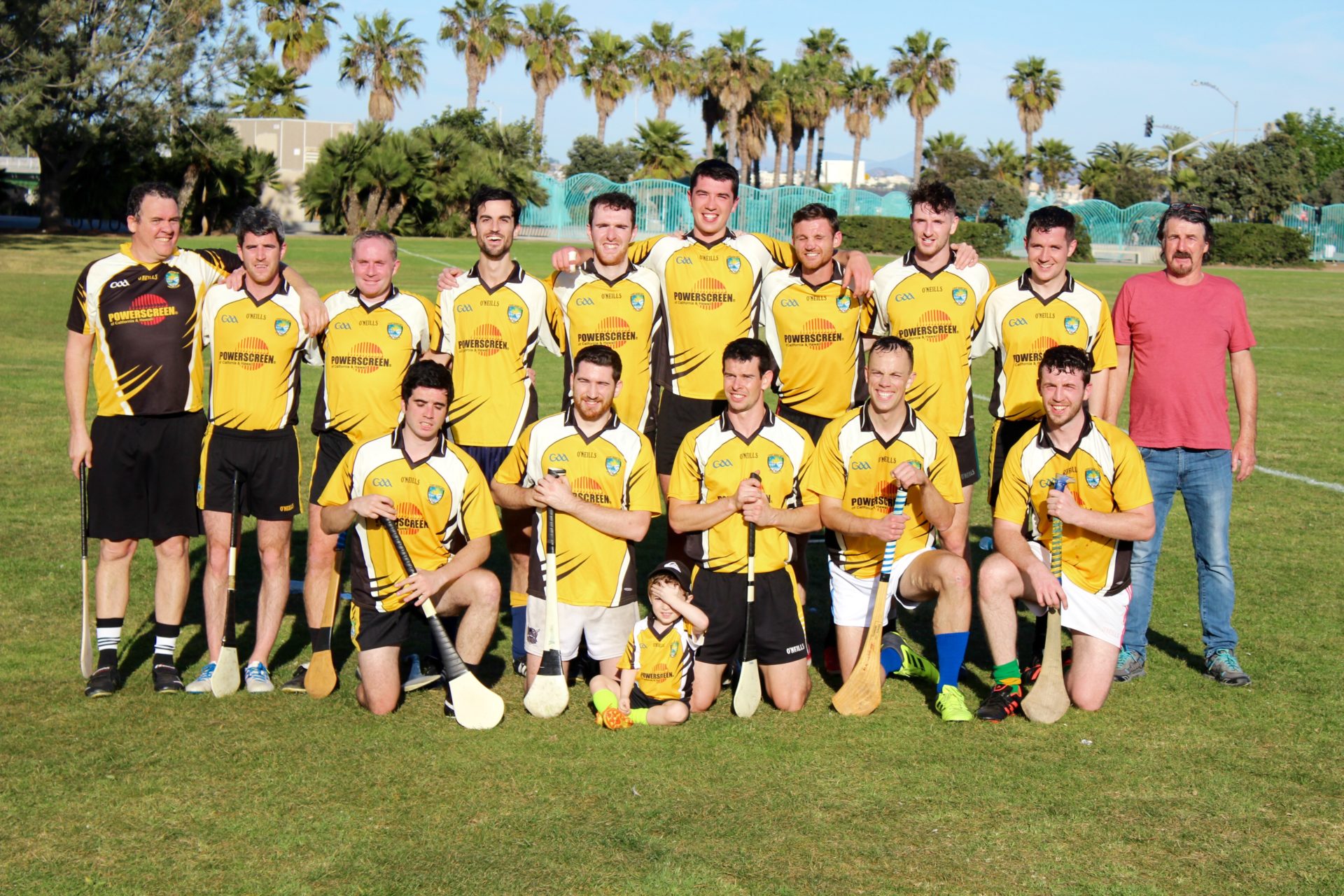 What happens when the two fastest field sports, Hurling and Lacrosse, go head-to-head? Find out on November 3rd in Los Angeles when the OC Wild Geese take on Ireland Lacrosse for North America’s first Hurling vs. Lacrosse compromised rules match.

We believe an event like this will mutually benefit the growth of both communities.

—
WHO IS INVOLVED?
This is a joined effort between Ireland Lacrosse, Play Hurling, and the OC Wild Geese.

—
WHAT IS LACROSSE?
Lacrosse is a team sport of Native American origin played using a small solid rubber ball and a long-handled racquet called a crosse or lacrosse stick.

Lacrosse is considered to be the fastest sport on two feet, with the ball travelling at speeds up to 110+ mph.

Offensively, the objective of the game is to score by shooting the ball into an opponent’s goal, using the lacrosse stick to catch, carry, and pass the ball to do so.

Defensively, the objective is to keep the opposing team from scoring and to dispossess them of the ball through the use of stick checking and body contact or positioning.

—
WHAT IS HURLING?
Hurling is a 3000-year-old Irish stick and ball sport. It is Ireland’s national sport and considered to be the world’s oldest and fastest field sport with the ball being hit at speeds up to 110+ mph.

Hurling is played using a wooden or synthetic stick, called a hurl or a hurley, and a leather ball that is similar to a baseball, called a sliotar, in an exciting and fast-paced field game.

Hurling is fast-paced like lacrosse, requires the same level of hand-eye coordination as baseball, and has the toughness of hockey, all in one sport!

There are teams all over the world, and more than 130 of those clubs are in the US & Canada, with new clubs popping up all over North America.

Join us in Los Angeles on November 3rd for this historic event, as part of Ireland Week.